On Sunday 12th May 2013, I attended a one-day studio workshop which I helped to organise for the Digital Imaging Eastern Centre of the RPS.  The speaker was the renowned MaxOperandi (AKA Ian Parry); we had two lovely models for the day, Raffy and Amber with two separate studio setups so that the small group of photographers had plenty of time with each model.   One setup included a large white infinity screen for fine-art nude photography the other was configured as a portrait studio with a stool and various backdrops, my favourite being a speckled dark grey.  The equipment comprised several Bowen flash-heads, radio triggers and various lighting modifiers. 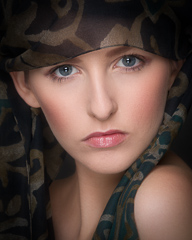 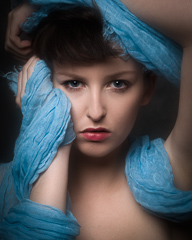 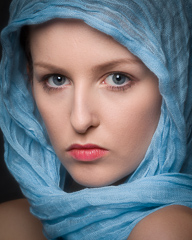 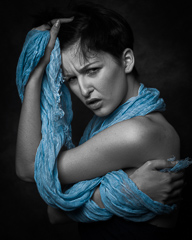 Ian started the day by demonstrating different lighting techniques such as Rembrandt, butterfly, split, broad or short lighting and how they are used for portraiture and fine-art nude photography.  His camera was tethered to a MAC running LightRoom so that we could immediately see the different lighting effects on a black and white image displayed on a large screen.  To see a model in real-time and how each lighting setup played across the model’s face was most instructive.
The quality of the light was set with various modifiers including a beauty dish, soft box, honeycombs, snoot, barn-doors and a few others including a home made Fresnel lens.  Ian had also made extensive use of some of his portable wall reflectors available in white, black and silver, these are a great tool to have in any studio as they are very manoeuvrable and effective.

Three of the most important techniques that I came away with on the day were:

On reflection, I learnt something else too, that if you’re just starting out with portraiture photography and learning lighting techniques, having two exquisite and professional models that know exactly what you want before you do, will make all the difference!