I had been racking my brains (that shouldn’t take long) looking for ideas for a new project.  I guess I’m still quite a novice but being an Engineer professionally, I find ‘art’ doesn’t come too naturally, I have to work at it.  I prefer the hands-on approach, working with images rather than to stare at the sky and try and think it through first.  This body of work has been sat in a folder for about a year and someone asked me to post them – so here they are.

My reading tells me that my art should be what I like, not what I think others might like; I like these images, very much, they might be naiive, the idea may well have been done before.  I’ll continue to explore my image library and play with different post processing techniques, this to me, is now where photography is going, not tied to the camera.  These images started life as a digital photograph, and I’ve applied various techniques using Photoshop and an Intuos graphics tablet.

Since the Russian Revolution in 1917, the Communist regime persecuted believers of the Orthodox Church and led to the state-sanctioned wholesale destruction of many churches and monasteries; thousands were either destroyed or converted for secular use. In 1987 the number of functioning monasteries in the Soviet Union was just 18.  Ancient, mysterious and always recognisable, whether humble wood construction or vibrantly coloured, lavish gilded towers, Russian churches dominate the landscape; their domes fondly called “little poppy heads” by the Russians.  With their eternal beauty, Orthodox churches are returning to Russia, and to the world. 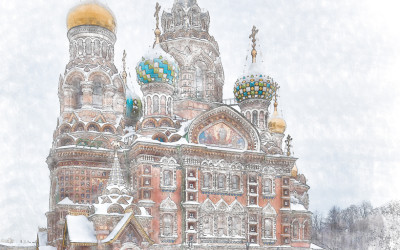 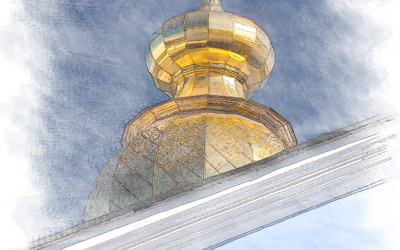 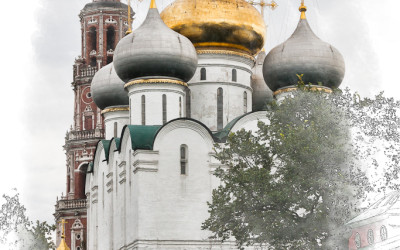 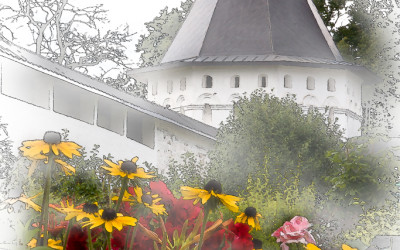 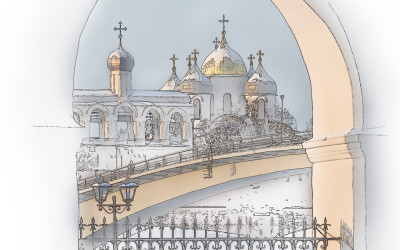 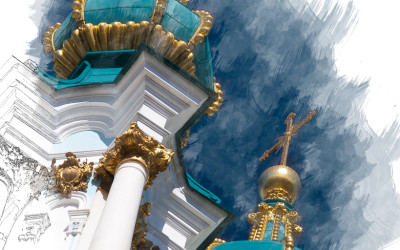 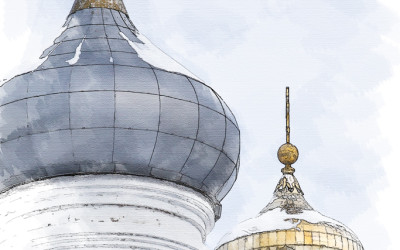 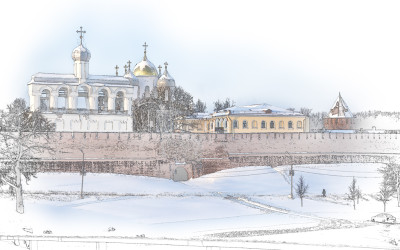 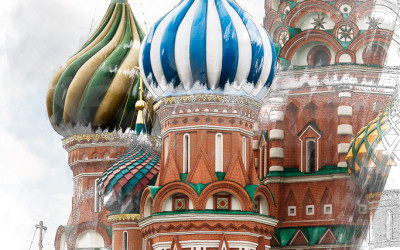 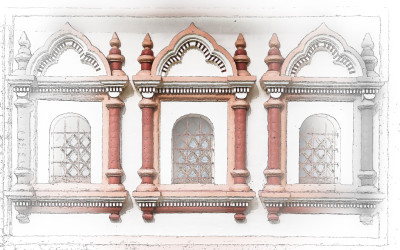 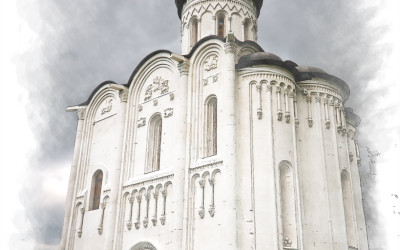 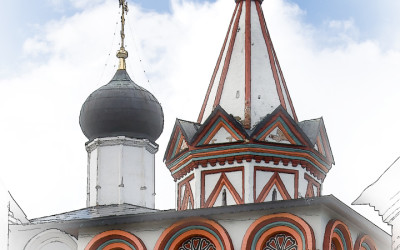 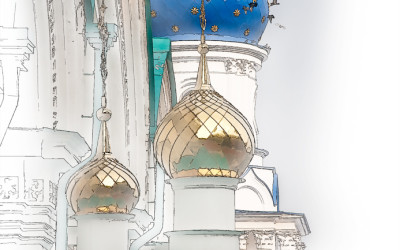 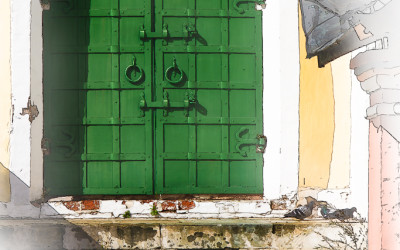 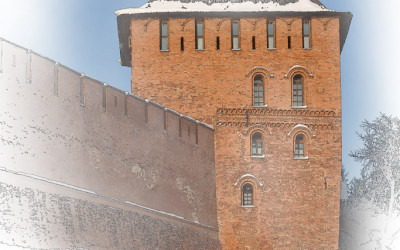 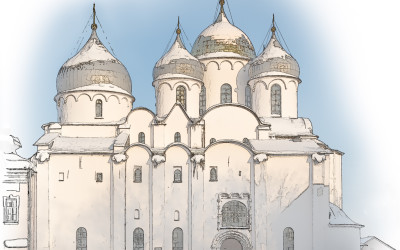 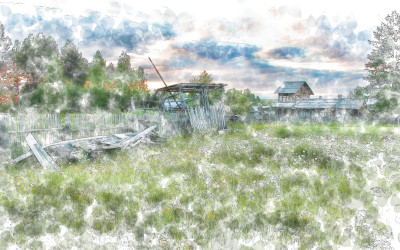 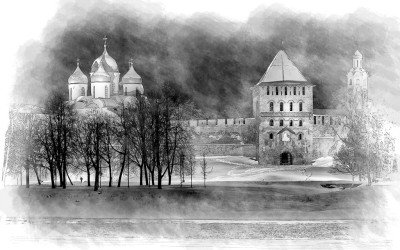